On my first Far East trip and on God 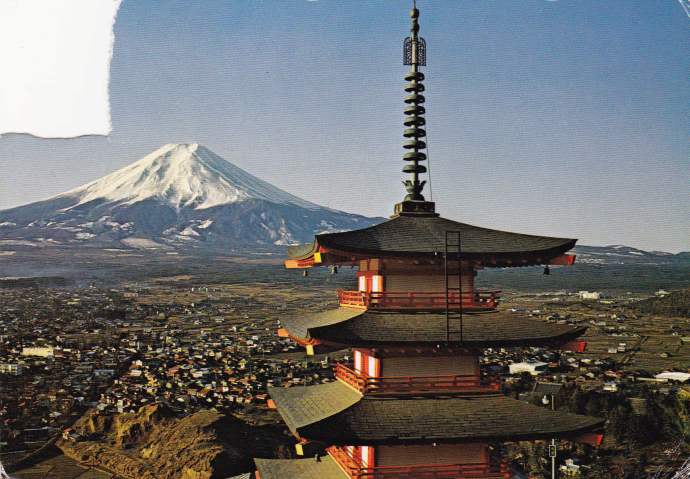 My postcard from Tokyo on 22 October 1979, two days after arrival from Siberia

Forty years ago today (6 October 1979) I set off on my first journey to the Far East.

The trip, lasting about 4 months, took me by train from Luxembourg (where I had returned from New York just 3 months earlier after 52 months – 4 years 4 months in the USA) to Liège, Belgium, then to Moscow in what was then the USSR, – Soviet Union – then from Moscow across southern Siberia to Nakhodka on the Soviet Far East coast, then from Nakhodka on a Soviet passenger ship [SS Baikal] to Japan through the remnant of Supertyphoon Tip in the Pacific, to Yokohama, Tokyo, Kyoto, Nara, Itoh (on Izu Peninsula) and Chiba for 2 weeks, then on an Air India Boeing 707 through stormy weather via Hong Kong (Kaitak Airport) to Bangkok (Don Muang Airport), my final destination.

The train and boat rides across Siberia, the Sea of Japan, Tsugaru Strait (between Honshu and Hokkaido) and down the Pacific side of Honshu through very heavy seas to Yokohama took exactly 14 days — 2 full weeks.

In Thailand I traveled twice to Si Khiu near Nakhon Ratchasima to bring supplies to a refugee camp, also visited Thonburi across the river from Bangkok and Bang Pa In just north of the city, and went twice by bus and train for a few days to Georgetown on Penang Island, Malaysia to renew my Thai stay permit. I did not have enough money for tourism there. 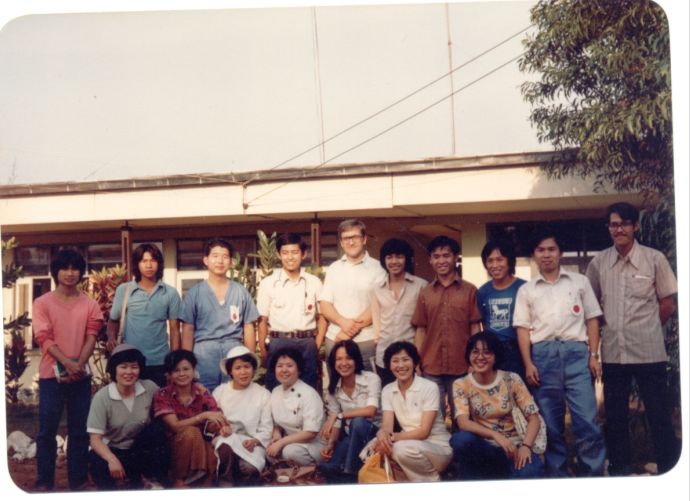 After about 3 months I was invited to return to my work in New York (for The News World daily newspaper), and since I was fed up with Bangkok anyway I gladly accepted. At the beginning of February 1980 I flew in a TAROM (Romania) Airlines Boeing 707 via Abu Dhabi or Dubai or Manama (Bahrain — I forget which of the three) to Bucharest Otopeni Airport and then on a Tupolev 154 to Frankfurt, and from there by train to Luxembourg, where I stayed about 2 weeks before traveling by car to England, London, Nottingham and Mansfield for a few days, and flying from London directly back to New York.

It was a very memorable journey, and I was most impressed with Japan.

Not long ago I went to an African evangelical Christian service and was struck by how much the believers there praised God. To most religious people, especially those of the monotheistic faiths, this would seem quite normal. Many seem to believe that our lives here on earth and in the hereafter have meaning only insofar as we can serve and glorify God. From my experiences with Muslims and Christians, and Jews to a lesser extent, I know that praising God and thanking Him (/Her…) for our existence and for saving us or at least offering us salvation is one of the most important elements of worship (this term itself says it all).

The implication is that we live at His pleasure and have to offer Him devotion and praise. This is the most extreme in Islam, where God’s name is invoked for just about anything, as if believers had to be afraid to be punished for not praising God enough.

I have often wondered what this reveals about the personality, the psychology of the postulated and adulated God. Why would God, who is supposedly almighty, all-knowing and eternal, need to receive so much praise and glorification? Doesn’t that seem extremely narcissistic?

In Sun Myung Moon’s Unification Church we believed that God was suffering, grieving for fallen humankind, which was mostly in thrall to His adversary Satan — whom God Himself also originally created as a good angel, Lucifer. We believed God could not interfere directly with humankind’s responsibility to recognize our fault and return to Him. This was because God had to follow the Principles which He Himself had laid down in creating the Universe and us.

But we also believed God was ultimately almighty and would certainly succeed in His effort to bring humanity back. His will to do that was paramount and unchanging. This was because we were to be God’s children, whom He originally created for love, a love that is supposedly the greatest force in the Universe.

So if we wanted to return to God we had to repent and do penance (pay indemnity as we called it in the church), and to love God by doing His will. God was our original parent, we believed, and He created the Universe for us. But this God was not only a pitiful suffering God. He was also an angry, even vengeful God, as Rev. Moon implied many times in his speeches to us members of his church, and as is told in many passages of the Bible and the Qur’an as well as in some of Jesus’ parables. God was suffering because we had fallen away from Him and spurned His love, and we continued to either ignore or oppose His efforts to win us back. And we had to pay a ransom to this imaginary Satan, and repent in order to alleviate God’s anger (I think this is the underlying reason for the need of repentance).

Over time all these ideas lost every vestige of sense and meaning to me. This God was either a conceited narcissist or a pathetic yet vengeful character whom I simply could not love or praise. Believers of monotheistic faiths could not convince me that there is such a God. I have come to think this God is really a delusion.

We are not children of a God — we are God, in a way. We are infinitesimally tiny parts of God, yet God develops and changes through us. As individuals we are just sparks in time that leave a residue in God’s Universal Memory when we fade away. But as humankind we represent a substantial part of God.